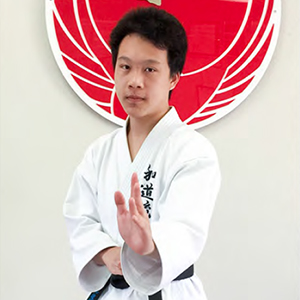 10 years ago, when I began practicing karate, being of the first black belt rank Shodan, let alone the second rank Nidan, was only an aspiration.  Now, it is a reality.  For much of the time since I began practicing karate, I believed that it was little more than punching, blocking, and kicking.  But upon reflection, I realized that training in karate has been immensely influential to my life.

Obviously, learning karate is useful for defending oneself.  However, karate has much broader effects.  It helps keeps people physically active; in fact, it has kept me at a level of fitness well above my peers.  The strength, endurance, and bodily coordination are all useful and applicable in a number of ways that could be either aggressive or menial.

While this is a significant effect, the most important effect of karate, in my opinion, is mental.  The mental demands of karate training have guided me to become more disciplined in my actions and resilient to challenges – they have given me better control of my mind.  I no longer make brash decisions or do careless actions.  This control of mind has given me the ability to overcome numerous challenges, including participating in and persevering through the rigorous and acclaimed International Baccalaureate (IB) program.  Together, these physical and mental gains have helped shape me to be who I am today: a formidable competitor in tournaments as well as a well-rounded, respectable person.

I have gained many qualities and abilities that may be attributed to practicing karate.  Nevertheless, there is still more benefit to be gained by continuing to practice karate, whether it be learning new techniques or reinforcing mental fortitude.  One must remember that the first few ranks of black belts indicate that thus far, one has mastered only the basics.  There is always room for improvement.