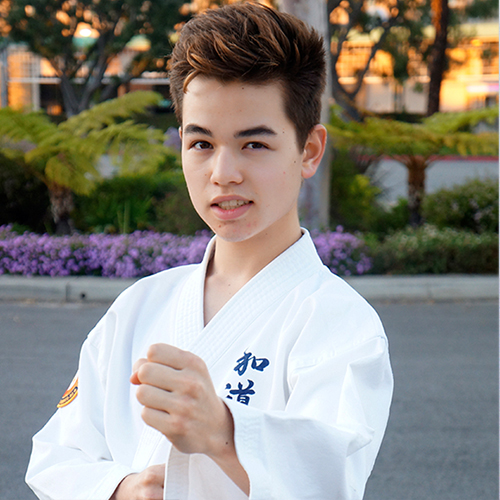 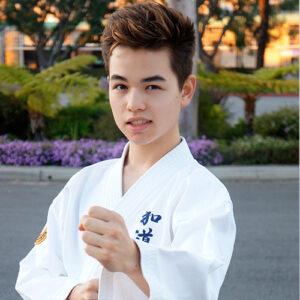 I started karate at the age of about 6 in first grade. Since my brother joined karate a few years before me, when I came into karate wearing a gi and having a while belt with his name on it, I felt like an expert. As a white belt, I can distinctly remember moments when I felt like I did a very good roundhouse kick or punch that day. If you had told me at that time that it would take 10 years just to master that kick and punch, I wouldn’t have believed you, but it’s the plain truth. That’s two-thirds of my life!

My journey to black belt has been one I can look on with fond recollection. I have made so many friendships and memories throughout my journey. During middle school, I remember at that time, karate represented a life away from the stresses of school. It was at this time, where I realized I was going to continue with Wado Ryu karate for a long time and reach my black belt. There was a time at the end of middle school where I would receive constant corrections from Sensei Nishimura. At the time, it seemed like some sort of personal attack, but I’ll have to admit, it’s what really caused me to be at the level I am at today. Looking back, I am very happy that he corrected me so.

The hardest part about karate is without a doubt sparring. During sparring, one must pay attention to every signal given by the opponent and perform a counter block and attack instantly without thought. It’s not something someone can accomplish in a few classes. I am still constantly striving to improve with my sparring skills.

The black belt test itself was the greatest challenge I have ever had to face. From the thousands of pushups I had performed during practice classes, it came time to do just fifty. From the thousands of combinations of punches, kicks I had practiced, it came time to perform them once more. I remember when I lived in Indiana, I had a neighbor who was 7 years old and in 3rd grade, who had just received his black belt from Tae Kwon Do after only 2 years in karate. When I recall my second year in karate, I did not possibly have the learning experience that I do now. Through Wado Ryu and the teaching of Sensei Nishimura I was able to equitably train and receive my black belt.

Once one receives a black belt, they might think it’s the end. In reality it’s just the beginning. I have mastered all of the basics, and now my opportunities for success in karate are wide open. I don’t think I could even quit if I wanted to. After routinely attending classes for the past 10 years, I wouldn’t bring myself to quit. Karate has helped me master discipline, focus, energy conservation, and has prevented me from gaining excess weight. I am extremely happy my parents put me in karate 10 years ago and that I never quit no matter what challenge I faced.