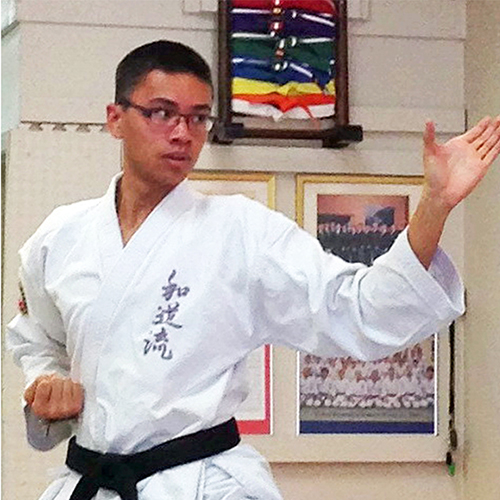 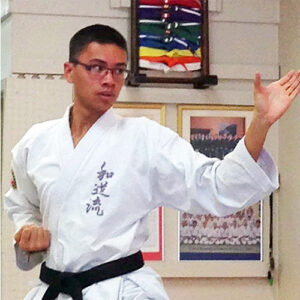 Mental fortitude, mastery of the basic techniques, self-discipline, an unwavering focus.  These are the characteristics of a black belt.  However, passing the second degree black belt test requires all of these traits and more.  It is something that cannot be achieved through only hard work; it requires passion and dedication for the martial art.

When I first started karate at 6 years old, I never dreamt that I would achieve a second degree black belt.  I originally took karate for self-defense, unaware of the lasting impact it would have on my life.  At the time, I didn’t understand why I had to go through so many sets of punches and kicks.  I would perform hundreds of punches, kicks, and katas throughout the week.  It wasn’t until my first tournament that all this practice paid off, instilling in me the importance of practice.

Karate didn’t play a major role in my life until my brother started karate with me almost a year later.  We would compete against each other in sparring, giving each other bruises, then coming back the next day with renewed energy, always pushing each other to improve.  Under Sensei Nishimura’s guidance, karate transformed from a simple sport I practiced every week to one of the pillars I lean on today.  Many of the values of karate, such as the importance of respect and the necessity of determination, were infused into every fiber of my character.

Karate isn’t simply a martial art; it’s a lifestyle.  It isn’t restrained to only practical uses; it is a code to live by.  Karate has molded me into who I am today and shaped my beliefs, and I hope to continue this journey.